It was a galore of protest at the national assembly as various group presented their various interests. One of the such groups is the occupy national assembly group, who amongst other thing are asking for the implementation of the budget as presented by the expenditure of lawmakers to be cut down and for the legislature to wake up to their statutory responsibility of representing effective those who elected them. 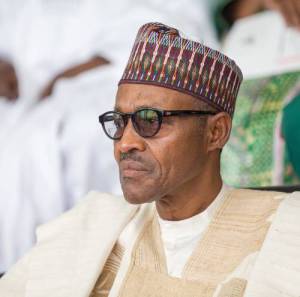 “…there is just no doubting the fact that Nigeria now has a sensible, serious & seriously working, accountable, reliable, purpose-oriented, leadership at the helm of governance / government”!

The Accountant-General of the Federation, Ahmed Idris, on Thursday stated that the Nigerian government has collected more than 2.7 trillion naira…

The Economic and Financial Crimes Commission (EFCC) has traced N3.6b in stolen funds to former Minister of Aviation Stella Oduah.

The Economic and Financial Crimes Commission (EFCC) has traced N3.6b in stolen funds to former Minister of Aviation Stella Oduah.

Oduah, who is now a serving senator, recently obtained an interim injunction preventing the EFCC from investigating, arresting, questioning, or prosecuting her.

According to EFCC sources, while Oduah served as a Minister of Aviation and secured several multi-billion naira contracts to upgrade Nigeria’s 22 airports, much of the said money allegedly ended in the minister’s pockets and that the program’s progress that she touted was grossly overstated.

The EFCC sources further alleged that out of the 192 contracts awarded in the second phase of the program, only six were completed.

Meanwhile, the Economic and Financial Crimes Commission (EFCC) has launched a full scale manhunt for Ugonna, son of former Minister of Petroleum Resources, Diezani Alison-Madueke, in connection with the alleged disbursement of money to INEC officials and election monitors in the build-up to the presidential election.

According to sources at the EFCC, Ugonna is the key to arresting all those involved in the case since he was a middleman between the ex-minister and the bank MD.

A senior official, who spoke to our correspondent on condition of anonymity said, “We have launched a manhunt for Ugonna, who the suspects said was the one who drew up a list of individuals, who should be given the N23bn ($115m).

“We don’t know exactly where he is but we will get him. He needs to explain his role in the sharing of the money because the bank officials have been mentioning his name since they were brought in.”

Ugonna is the Head of Business Development and Commercial Marketing at Radam Maritime Services Limited, a firm, which is headed by his father, Alison Madueke, a former Chief of naval Staff, who is also under investigation by the EFCC for alleged money laundering.

He is said to have business interests in the United States and the United Kingdom.

Ugonna, who is an engineer, burst into the limelight in 2012 when photos showing his ostentatious lifestyle went viral on the Internet.

In one of such pictures, the graduate of University of Maryland College Park in the US, was seen flying in a private jet and later drinking champagne in a limousine. He has also been seen displaying wads of dollar notes on social media.
http://leadership.ng/…/efcc-traces-n3-6bn-aviation-fund-ste…

The diplomatic process that will ensure the extradition of suspected looters who have fled the country will dominate President Muhammadu Buhari’s discussions with his counterparts when 60 world leaders meet in the United Kingdom next month. Saturday PUNCH learnt on Friday that the President would at the summit explore ways of bringing to the country politicians who were being investigated by the Economic and Financial Crimes Commission. [ 1518 more words. ]

Buhari plans extradiction of Diezani, Mu’azu, Obanikoro, others
30 April 2016, Abuja  – The diplomatic process that will ensure the extradition of suspected looters who have fled the country will dominate President…
SWEETCRUDEREPORTS.COM

A London fraud gang which targeted pensioners to raise cash to fund Islamic State in Syria could have escaped with millions of pounds, it emerged today.

Nine men face jail today for their part in the “bank of terror” fraud in which conmen tricked elderly victims into handing over their life savings by posing as police officers on the phone. Two have already been jailed.

Among those convicted was Mohamed Dahir, 23, of Finsbury Park, who was supported in an earlier bail application by Labour leader Jeremy Corbyn, his local MP.

Another being sentenced at the Old Bailey today is Nathan Fagan-Gayle, 29, an X Factor finalist, who laundered thousands of pounds of the cash.

Commander Dean Haydon, the head of Scotland Yard’s Counter Terrorism Command, described the men as an organised crime group who “callously and systematically” preyed on the elderly and vulnerable. He urged people to be alert to calls from people claiming to be police officers or bank employees, saying they would never ask for bank details on the phone or by email.

He said: “These people were committing fraud on an industrial scale.

“They pretended to be police officers who were trying to uncover a fraud in the banking system and won the trust of their victims and persuaded them to hand over their pin numbers and bank details. As a result people were duped out of their life savings.”

The investigation by officers from the National Terrorism Financial Investigation Unit uncovered 16 phone lines used to make 6,000 calls to about 4,000 different numbers.

Detectives found evidence of 140 frauds which raked in more than £1 million but investigators believe dozens of victims have been too scared to come forward. They believe total losses could run into millions.

At an earlier hearing a prosecutor told magistrates the funds were being used to buy weapons and bullets in a scam referred to as “the bank of terror”.

Fagan-Gayle, from Mitcham, who appeared in the 2012 X Factor series, laundered £20,000 in cash and spent most of it on designer clothes and flights to LA. Officers identified Makzhumi Abukar, 24, as the main organiser and co-ordinator, directing the frauds from his Holloway address.

The fraud and money laundering was revealed after investigators found unusual payments to a British jihadist who moved to Syria.

Detectives believe some of the cash was used to fund the travel of UK citizens to fight for Islamic State in Syria.

Victim Elizabeth Curtis, 73, from Cornwall, said she also lost £130,000. In an interview with the BBC she said: “I was absolutely stunned and shocked, and could not believe I had been so stupid and naive as to be taken in.”

The gang, who were convicted of either conspiracy to commit fraud or money laundering offences, also included Fahim Islam, 21, of Stepney, Achmed Ahmed, 23, of Holloway, Anrul Islam, 24, of Dagenham, Sakaria Aden, 22, of Stoke Newington, Yasser Abukar, 24, of Holloway, and Warsame Sheik, 30, of White City

What else was Prince keeping in there?

Vault ‘containing thousands of new Prince songs’ is broken open
Workers drilled their way into a vault at the back of a record room in Prince’s Paisley Park mansion, Minnesota, on Friday
DAILYM.AI

THE PRESIDENT OF THE FEDERAL REPUBLIC OF NIGERIA…

STAR INFORMATION: Revealed: INEC chiefs got Diezani’s N23.3b for 2015 poll Through Fidelity Bank, and How Much Have Now Refunded to EFCC 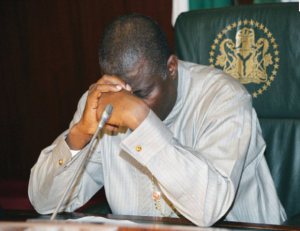 More arrests are on the way in the probe of the huge cash some oil companies pumped into the failed bid to change the 2015 presidential election results. Some of the cash has been recovered.

The Economic and Financial Crimes Commission (EFCC) has arrested some bankers. It plans to haul in some oil barons who contributed $115m (N23, 299,705,000billion) to bribe some Independent National Electoral Commission (INEC) officials. The officials were to alter the results of the election in which President Muhammadu Buhari, the tehn candidate of the All Progressives Congress (APC) beat then incumbent President Goodluck Jonathan.

The owner of an oil company, Leno Olaitan Adesanya, yesterday reported at the EFCC headquarters in Abuja for interrogation.

He was however asked to go to the commission’s office in Lagos for questioning.

Two others, who have been summoned by the EFCC, were said to have gone underground and incommunicado.

The EFCC has recovered N408.7million from some of the beneficiaries of the slush funds.

Fidelity Bank refunded N49.7million, its profit from the disbursement of the N23.29billion provided by former Minister of Petroleum Resources Mrs. Diezani Alison-Madueke.

Some former and serving INEC officials in Oyo and Ogun states refunded N359millon.

More officials of INEC were said to have rushed to the EFCC to refund the bribe given to them.

The EFCC team has intensified its investigation into the scandal.

It was learnt that besides INEC officials in the 36 states, the EFCC has invited the owners of the oil firms which contributed $88.35million of the $115million sent to Fidelity Bank by the ex-Minister of Petroleum Resources.

One of the four oil firms implicated in the bribery saga has been linked to former Governor of Delta State, who is serving a jail term in the United Kingdom, James Ibori.

It was gathered that the oil companies were mandated by Mrs Alison-Madueke to part with $88.35million as their contribution to Dr. Jonathan’s campaign.

Some of the oil chiefs were shocked by the findings of the EFCC that their donations were deployed in bribing INEC officials, The Nation learnt.

An EFCC source, who spoke in confidence, said:”Our investigation into the N23.29billion bribe has reached a critical stage. Six teams are working round the clock in all the geopolitical zones.

“The top officials of Fidelity Bank in custody have made statements, including the list of all beneficiaries and bank details of payments made to them.

“We are likely to arrest more suspects, especially the oil chiefs who provided about $88.35million of the $115million lodged in Fidelity Bank for conversion to naira.

“One of the clues we are probing is the likelihood of these funds being laundered by the oil firms and their owners.

“If these clues are proven, they may eventually face trial for money laundering. We will surely interact with these oil magnates.

“Some oil companies are under surveillance for their covert operation in diverting taxes and revenue meant for the Federal Government to fund campaigns. You can now understand why some of them were given tax waivers.”

The source added: “One of the oil chiefs, Leno Olaitan Adesanya, reported at the EFCC headquarters in Abuja but he has been directed to go to the Lagos office.

“We are expecting him for grilling on Friday (today). We have invited other oil chiefs but two of them have gone underground. We will fish them out wherever they are.”

Fidelity Bank and some former and serving officials of INEC have refunded about N408.7million to the EFCC.

While the bank refunded N49.7million, some former and serving INEC officials in Oyo and Ogun states paid back N359millon.

A top EFCC source said: “While scrutinizing their records, we discovered that Fidelity Bank made a profit of N49.7million from the disbursement transactions made in all its branches nationwide. The management of the bank on Thursday refunded the profit while we are continuing investigation on other funds.

“Some former and serving INEC officials in Oyo and Ogun have paid back N359million to EFCC. What happened was that while N802m was voted for bribery of INEC officials and NGOs in Oyo State to change presidential poll results, about N629m was dished out in Ogun State.

“But some of these beneficiaries in Oyo and Ogun were suspicious of the sources of the funds. They cooperated and went to the designated Fidelity Bank branches and collected the cash. Instead of spending it, they sought the service of lawyers who advised them to open accounts to keep the cash in case there are issues in the future.

“When this matter came up, the lawyers assisted in locating the funds and the N359million was refunded.

“We are working on other beneficiaries to recover the slush funds.”

Prosecutor has asked to file new charges against the Senate President, Bukola Saraki in his trial at the Code of Conduct Tribunal